What’s the Difference Between Wheat and Gluten? 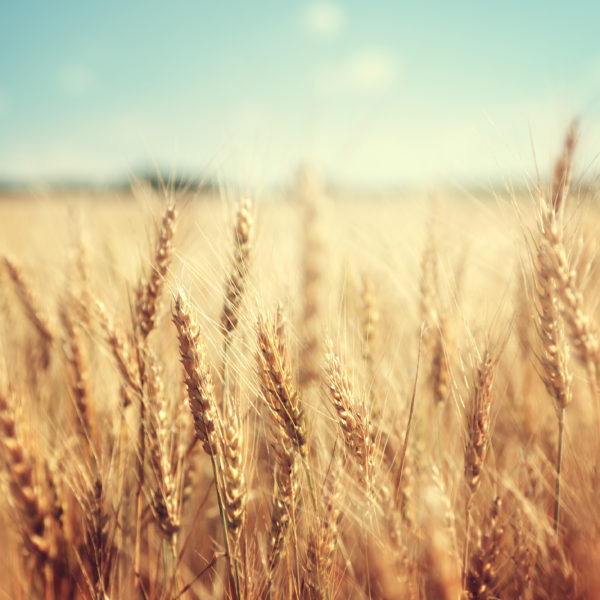 This isn’t a question that clients usually ask me. It’s a question I usually ask them– “do you understand the difference between wheat and gluten?”. Clarifying this is so important as we all seek to understand how our food choices affect our health- everything from our digestion through to our mood.

While there is huge resistance in some quarters to the idea of gluten-intolerance, there is a phenomenal number of people choosing to have low-gluten or gluten-free diets. This is not simply a fad, it is a symptom of a culture that has become increasingly reliant on ‘fast gluten’ as a staple food.

Wheat is a grain, obviously! It is refined to make flour. Flour makes all of our breads, crackers, pastas, scones, cakes, biscuits and pastries, amongst other things. Unless a product clearly states that it has used a different kind of flour, it will be using wheat flour. Wheat is high in a protein called gluten. Gluten is awesome because it makes bread all spongy and fluffy and light and chewy. It gives texture. It’s the magic in a loaf of bread!

Gluten is also present in other grains: Rye, Barley and Oats. Spelt, Kamut and Dinkel are similar to wheat and so also contain gluten (although less so). Bulgar wheat and couscous are both made from wheat. To get really technical, gluten is actually an umbrella term for the specific related compounds found in these grains- gliadin in wheat, avenin in oats, hordein in barley, secalin in rye.

Coeliac Disease is a serious auto-immune condition whereby the body produces antibodies to gluten that create intestinal damage when gluten is eaten. The damage flattens the little ‘fingers’ (villi) of intestinal lining responsible for absorbing nutrients from food. This leads to many serious consequences of malnutrition. Approximately 1 in 70 New Zealanders and Australians have Coeliac disease, and it is estimated 4 in 5 of these (80%) are undiagnosed.

While no-one can argue the evidence of Coeliac disease, NCGS is still as controversial in mainstream medicine as any other food sensitivity. Thankfully it is becoming more commonly recognised, although the prevalence of this condition is unknown.

Are you sensitive to gluten? Or just wheat? Or just non-organic wheat flour?

While many people are genuinely sensitive to all gluten, and feel amazing after removing it from their diets, others may be fine with oats, but not so good with wheat. Many people also report that they are fine with organic wheat, especially in breads made in traditional ways, left to rise. Wheat, Rye and Barley also contain FODMAPS, which can be reactive quite separately from gluten. Determining your own sensitivity or tolerance takes some investigation and thought, and as ever, information is power!

Will I always be sensitive to wheat or gluten?

If you have established what exactly it is that you’re reacting to, the next question is- what do I do about it? Will I always have this? As with any sensitivity, the answers to these questions are completely individual. Naturopathically, our aim is always to build tolerance, and to increase variety in anyone’s diet. Removing the foods for a period of time, while healing the gut, balancing immune function and building nutrition, means that some people can reduce their sensitivity to specific foods. This is not true for those with Coeliac disease, but may be true for others with NCGS or wheat sensitivities.

There are many grains and their flours which don’t contain gluten. There are also many baking mixes, pastas, breads and products available for those who need gluten free options.

Amaranth: puffed for breakfast or as a grain or flour.

Quinoa: as a grain or flour.

Other flours that can be used include: Tapioca, Potato, Soy, Pea, Chickpea, Coconut, and almond meal (ground almonds).

So hopefully this little run-down has given you the low-down on the basics of the difference between wheat and gluten. As always, if you feel that any food is giving you grief, you’re probably right! We know our bodies better than anyone else. If in doubt, remember all reactions are not created equal. Just because you don’t have Coeliac Disease, it doesn’t mean you’re not sensitive to gluten. You may be “allergic” either, but thankfully there are more sensitive tests available that can help you work  your reactivities. For more on this complex topic read here!